"I agreed to become a member of the Supervisory Board of Apake Foundation because I really trust Babur Tolbaev and I am always happy to support him in all his endeavors. I am very proud of being a part of such project.
For me personally, mother is the personification of the Earth, the family and the beginning, it is such an inclusive term. Only a mother can endure and give much away. My mother loved me very much and did a lot for me, having played a big role in my life. Now it's my turn to fulfill my mission. The world needs good and care not only for loved ones, but also for all those who need help. I thought that being part of this project we would be able to help many people with love, attention and finances.
I have been to Japan and I was struck by their logic and attitude towards upbringing and life. I use it as the basis:
1) hard work
2) patience
3) discipline

I adhere to these principles both in work and in life. As for my professional sphere, I have one of the largest collections of costumes in Kyrgyzstan, and I would like the future generation not to forget and appreciate its culture and history.  Based on the national costume I bring details and images of past generations into fashion".

Tatiana is the head and designer of "Art Studio by Tatyana Vorotnikova".
She is a designer and an artist. Tatyana Vorotnikova raised the national Kyrgyz clothes to the rank of art. She was the first one to begin adapting the ancient traditions of the Kyrgyz costume to modern urban life. An experimenter, an expert on Kyrgyz patterns and a keeper of craftsmanship, she gathered the largest and perhaps the most unique collection of old Kyrgyz costumes as well as a priceless collection of Kyrgyz embroidery.
She graduated from the Art School named after Chuikov in 1973. Member of the Union of Designers of the USSR.
She actively participates in international exhibitions of applied art abroad (Algeria, Iraq, Turkey, France, Germany, Sweden, England, Italy, China, Russia, Kazakhstan, Uzbekistan, Tajikistan).
Member and trainer of international class of the Association of organizations supporting the development of crafts in Central Asia - AYPRACA (CACSA).
Winner of the gold medal of the International Delphic Games in Moscow (Russia).
Winner of the AlQUIMIA Award. Nominated for the Best Ethno Designer of the Year nomination (Moscow, Russia). 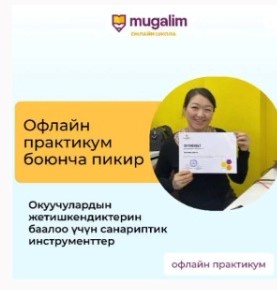